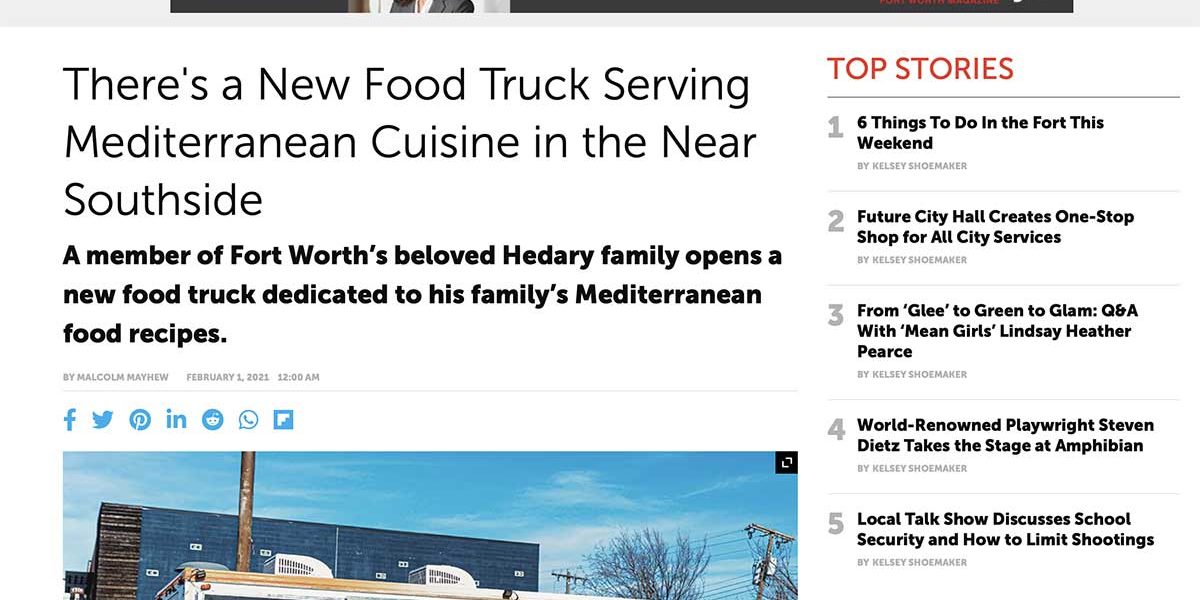 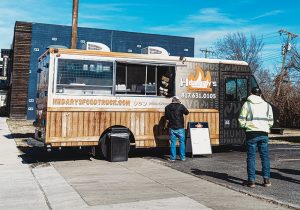 One of the most well-known families in Fort Worth food circles has launched a new food truck on the city’s south side.

Hedary’s, a mobile kitchen specializing in Mediterranean cuisine, recently started rolling through the Near Southside area. It can usually be found at the intersection of Rosedale and Main streets from 11 a.m. to 5 p.m., Tuesday through Saturday.

The truck is run by Antoine Joseph Hedary, whose grandparents opened the original Hedary’s restaurant on White Settlement Road in 1976.

“Most of the recipes come directly from my family,” Antoine says. “I’ve changed a few small things here and there to give the food my own flavor. But mostly this is the food people will remember being made by my family.”

“Our family was known for offering big portions of food for not a lot of money,” he says. “I definitely want to carry that on.”

Other Hedary family members have owned or managed restaurants in the area. Antoine’s uncle runs Byblos on North Main Street. Another relative runs a Hedary’s location in Allen; there’s also a Hedary’s in Las Vegas.

Perhaps most memorably, Antoine’s father, Joseph, ran one of Fort Worth’s most unusual — and much-missed — restaurants, Celaborelle Phoenician. Diners often acted as their own servers, writing down their orders, then handing them to Joseph, who prepared the dishes on the fly.

“I know he’s still hoping to do that,” Antoine says. “But he’s only one man, and the building needs a lot work.”

Antoine is hoping to eventually open his own brick-and-mortar location.

“That’s one thing I would love to do,” he says. “You can only do so much in a food truck. But what we do, we’ll do well until we get a bigger space.”